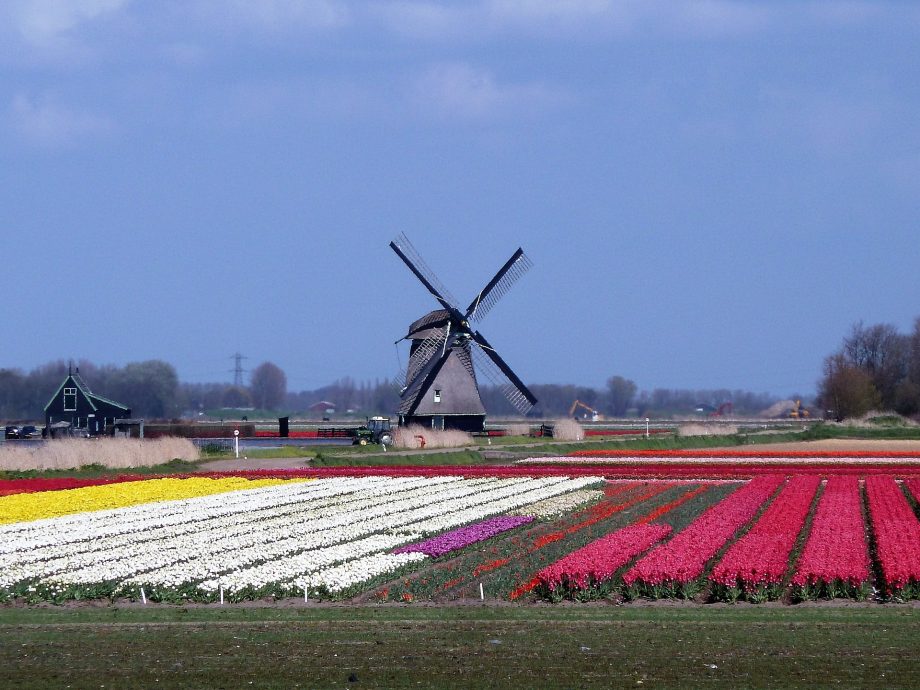 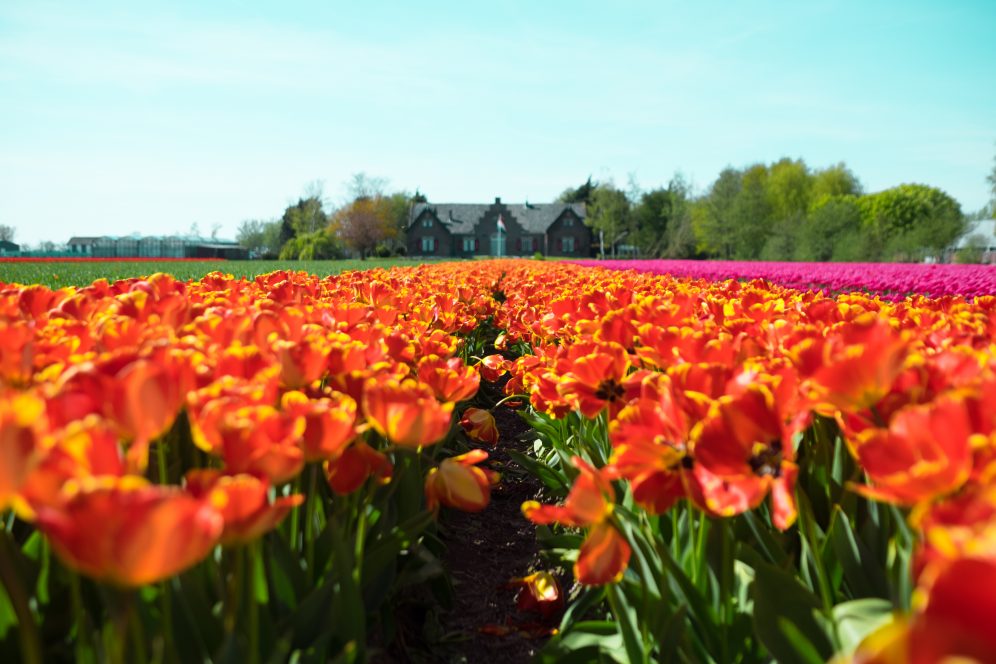 When you think of Holland you can’t help but think of windmills, wooden shoes and of course, tulips. National Tulip Day on 21st January 2017, is an annual event organised by Dutch tulip growers, that preludes the tulip season in the Netherlands. This beautiful day has been held on the Dam Square, in the centre of Amsterdam, since 2012. Throughout this gorgeous day a special temporary garden of 200,000 tulips covers the square. The theme for 2017 is ‘Mondrian to Dutch Design’ as the Netherlands celebrates 100 years of De Stijl.

On the morning of the National Tulip Day, people can view the tulips from a gangway, and then in the afternoon they get to pick those tulips for free. All tulips that are on display are from North Holland and it is estimated that close to 16,000 people attend, so if you want to be among them, get there early! Set up commences at 8am and lots of people come just to watch the flowers being unloaded and arranged. The gates open officially at 1pm for people to come in and pick the tulips, but by then the line is about an hour long. If you just want to admire the flowers, you can watch from the garden surrounds.

It has been calculated that every year almost 1.7 billion Dutch tulips bring a lovely touch of spring to households and businesses all over the world. That is a lot of tulips for a season that runs from the end of January to the end of April. However, tulips are not native to the Netherlands – originally a wildflower, tulips were first cultivated in the Ottoman Empire (present-day Turkey), as early as 1,000 AD and later imported to Holland in the 17th century, where they became a formidable economic force. As the Dutch Golden Age grew, so did this colourful flower. They became popular in paintings and festivals and in the mid-seventeenth century, tulips were so in demand that they created the first economic bubble, known as “Tulip Mania”. As people bought up bulbs they became so expensive they were used as money until the market in them crashed!

Holland is known as the flower garden of the world and the tulip today is still a major economic factor in the country’s economic life. It acts as the cornerstone on which Holland’s position as the largest purveyor of plants and seeds in the world is built. FloraHolland, the world’s largest flower auction, sees more than half of the world’s flowers move from grower to distributor and then on to the retail customer (it’s Holland’s “Wall Street for Flowers”). Over 20 million plants and flowers, including more than 90% of Holland’s own output, are sold every day at Royal FloraHolland’s four marketplaces throughout the country.

The largest of the four markets is at Aalsmeer and here, in a huge concrete bunker-like building, in an area the size of 200 football fields, plants arrive daily, usually overnight, for the flower auction. The flower auction takes place five days a week, starting at 6 a.m. and ending around 10 am. Flower sellers ranging from independent outlets to Tesco, bid against the clock, on the millions of plants and flowers being sold each day.