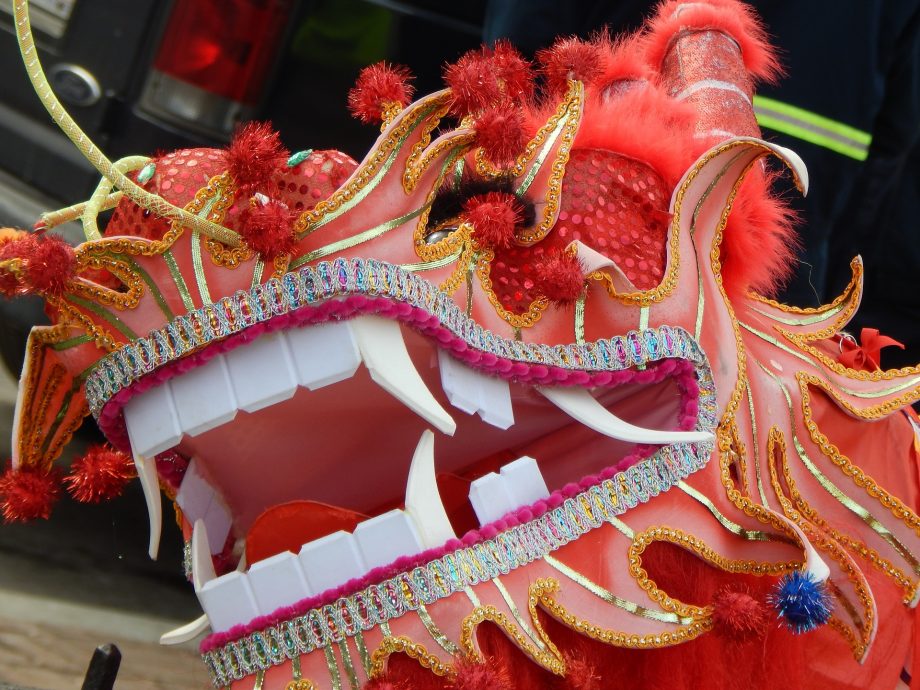 The date for Chinese New Year is different each year on the Gregorian calendar, but is always between January 21th and February 20th, whenever the new moon makes an appearance. Celebrations traditionally run from the evening preceding the first day, to the Lantern Festival on the 15th day of the first calendar month. Celebrations can start early, as much as three weeks before the actual New Year’s Eve, but usually just a week before for most people.

Within China, regional customs and traditions concerning the celebration of the Chinese New Year vary widely. Often, the evening preceding Chinese New Year’s Day is an occasion for Chinese families to gather for the annual reunion dinner. It is also traditional for every family to thoroughly cleanse the house, in order to sweep away any ill-fortune and to make way for incoming good luck. Windows and doors will be decorated with red colour paper and notices with popular themes of “good fortune” or “happiness”, “wealth”, and “longevity”. Other activities include lighting firecrackers and giving money in red paper envelopes.

For Chinese New Year 2017 so begins a year of the Rooster. Each year is associated with a different animal from the Chinese Zodiac.

Chinese New Year was traditionally a period of down time before a new year of farm work began. It was a holiday which could be used as a time of preparation. When most Chinese people were farmers this made sense, now 55% of China’s population is urban (just a generation ago it was 25%). This means that in the period leading up to New Year, public transport is crowded as approximately 100+ million people return to their rural roots to celebrate New Year. As the tradition was typically to mark the start of a new year of farm work, so people used to wish and pray for a good harvest, now with an ever burgeoning urban population, it is customary to wish for profits and success in ones various vocations.

Chinese New Year Around The World

Chinese New Year is celebrated in countries and territories with significant Chinese populations, including Mainland China, Hong Kong, Macau, Taiwan, Singapore, Thailand, Cambodia, Indonesia, Malaysia, Mauritius, and the Philippines. The biggest Chinese New Year celebrations, outside of Asia, occur in London, where every year hundreds of thousands of people descend on the West End to wish each other “Xin Nian Kuai Le” (Happy New Year in Mandarin) or “San Nin Faai Lok” (in Cantonese).

The Chinese New Year festivities in Central London are free to attend and take place in Trafalgar Square, Chinatown and across the West End. The day usually kicks off with a colourful Chinese parade that snakes its way through the streets of the West End, followed by stage performances in Trafalgar Square, including traditional dance troupes, acrobats, dragon and flying lion dances, opera and martial arts acts. The grand finale in Trafalgar Square ends the Chinese New Year celebrations with fireworks and a spectacular show. Don’t forget to sample a wide selection of Chinese regional dishes at one of Chinatown’s many Chinese restaurants or pop-up food stands.