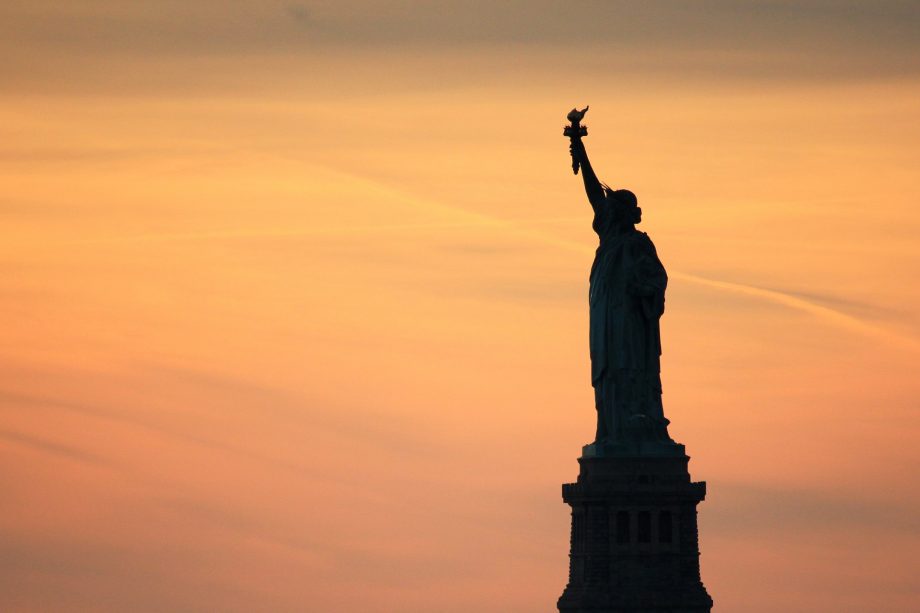 New York, New York (it’s so good they named it twice). The Big Apple. The city that never sleeps. What ever you want to call it, it has one of the most recognisable skylines in the world and today it is home to more than 8 million New Yorkers, who live in the five boroughs, more than one-third of whom were born outside the United States. Thanks to the city’s diversity and vibrant intellectual life, it remains the cultural capital of the United States.

In 1664, the British seized New Amsterdam from the Dutch and gave it a new name: New York City. For the next century, the population of New York City grew larger and more diverse. It included immigrants from the Netherlands, England, France and Germany; indentured servants; and African slaves.

You could walk around New York if you wanted to, it is doable. However there is really only one way to travel – in the back of one of the infamous yellow cabs. Although they are the most convenient means of public transportation in New York City, they are also sadly, the most expensive. As of 2010, there were over 13,000 taxis operating in the Big Apple, not including the other 40,000 for-hire vehicles.

How do you hail one of these iconic yellow vehicles? It’s easy! Just look for the light on the roof, raise your arm, yell “Taxi!” and it’s yours. Note though, taxis are only allowed to carry a maximum of four passengers at one time: three in back and one up front. Once you’ve hailed your cab, all you have to do is tell the driver where to go. It’s a good idea to find out beforehand what cross streets are near your destination address as it makes navigation that much easier (for example, the Guggenheim Museum’s address is 1071 Fifth Avenue. That’s between 88th and 89th Streets).

New York is a city of many personalities. One minute you can be strolling along a normal residential street of small brownstone buildings, when you come to the corner and you are suddenly faced with a multitude of skyscrapers. Or else you reach little India with its cumin-scented restaurants and men with strong accents beckoning you into their curry houses. It’s amazing how quickly the landscape changes, how within the space of one block, the city can go from elegant to seedy, from industrial to chic, from ethnic to all-American.

It’s this constantly changing environment that makes any exploration of New York a wondrous affair. You will be constantly surprised by what you find. Just head out into the city, keep your head up and your eyes open and absorb this ever changing metropolis. Window-shop, eavesdrop on passing conversations and explore the places beyond the heavily touristed areas. To truly experience New York, you have to live it through the eyes of a New Yorker.

Brooklyn Heights –  This was the very first designated historic district in New York City, and you’ll understand why when you stroll through its blocks of pristine 19th-century row houses, brownstones, and mansions. Plus there is no better view of Manhattan and New York Harbour than from the Heights’ famous promenade.

Chinatown –  You don’t so much stroll here as push your way through crowds, peer in the windows of herbal medicine stores and jewellery stores, and fend off counterfeit bag sellers. There are few areas as fascinating to explore, despite its teeming streets.

Brighton Beach and Coney Island –  Explore the all-Slavic Brighton Beach first, with its shops selling Russian-nesting dolls, elaborate samovars and all sorts of Russian food items. Then hit the boardwalk and walk half a mile to the classic fun fest that is Coney Island.

The Upper East Side – Madison Avenue from the upper 60s to the mid-80s is still one of the best window-shopping stretches on the planet, and when you get tired of staring at overpriced baubles, you can duck into the side-streets between Fifth Avenue and Madison for an array of historic townhouses just as dazzling.

Harlem –  Harlem encompasses a large area where historic homes, lovingly preserved, are plentiful. You will be impressed by the architectural beauty, but beyond that, by the local spirit, which you’ll experience in the area’s restaurants, bars, churches, and stores.

Eating out in New York

When you think of New York, you think of the Empire State Building, of Madison Square Gardens, of Central Park, and food.

New York Pizza –  Italian immigrants brought pizza to NYC in the early 1900s, and it has been a New York speciality ever since. New York pizza is all about a thin and floppy base; fresh with a light mozzarella and a classic marinara sauce. Pizza connoisseurs say there’s something about the New York water that makes the dough taste so good, but size also counts here: 14 inches is often classed as a ‘small’!

New York Bagels –  Chewy on the inside, shiny and crispy on the outside; there’s an art to creating the perfect bagel. Brought to New York by Eastern European Jews in the 1880s, the city boasts some of the best bagels you’ll find anywhere.

New York Hotdogs –  German butcher Charles Feltman first started selling hotdogs in Coney Island in 1871. Since then, the hotdog has become a traditional New York food, with many a cart found on the street corners and shows no sign of waning.

New York Cheesecake –  There is cheesecake, and then there is New York cheesecake. In 1929, restaurant owner Arnold Reuben claimed his family invented the first cheesecake. Word soon spread and this cream cheese concoction began appearing on dessert menus all over town.

Pastrami on Rye –  Kosher butcher Sussman Volk, produced the first pastrami sandwich in 1887 and it’s been an iconic New York dish ever since. Pastrami is usually made from beef, and to prepare it, the meat is pickled with dry herbs and spices then pressed, smoked and steamed.

What to do in NYC

You know it all already, but as a starter for ten:

See the city from above –  Whether you do this from the top of the rock (the Empire State Building), or one of the many other venues where one can get a bird’s eye view, it doesn’t matter. What’s important is that you get a feeling for the immensity of the city. With its wonderful order of the grid system of streets (which plays off the chaos on the streets themselves); and the dizzying variety of building types (many of which can’t be adequately seen from the sidewalk). Try and get somewhere high early in your trip, as there’s no better way to orientate yourself.

Walk the Brooklyn Bridge –  The bridge, too, offers glorious views of the city. But that’s not the only reason you should stroll here: walking the span allows you to see this marvel of engineering up close. (It was the longest suspension bridge in the world when it was build in 1883.) And it gives you an excuse to stop by Jacques Torres scrumptious ice cream store in Brooklyn for a post-walk treat.

Go to a Broadway show –  When they’re done right (and they’re not always) there are few experiences as life affirming as seeing ridiculously talented people, sing and dance their hearts out, in a show that makes you laugh, cry, and think about your own life story.

Stay out late –  The city changes after dark. All the people who were rushing by you during the day, slow down and take to the city’s bars, restaurants, and clubs to socialise. Even if you’re not normally a nightlife person, try it while in NYC. If you’re outgoing, you may be rewarded with some great conversations (this is actually one of the friendliest cities on the planet); and if you’re shy, well, the eavesdropping can be informative, too.

Tour Ellis Island –  You’ll see the Statue of Liberty first and then spend several hours in the place so many of NYC’s ancestors passed through, in order to settle in the “New World”. Hearing the tales of what went on here is a tremendously moving experience.

Travelling underground, New York Metro – . Don’t be afraid of the subways. Not only will they zip you anywhere you need to go, at nearly the speed of light, but there are few better places to feel the intense energy of this city that never sleeps. The people watching is first rate too, and some of the musicians who perform underground are extremely good, meaning you get a show with your ride.